Wines with an altitude

Situated between 200 and 300m high above sea level, on the slopes of the last foothills of the Alps, the Bellet Appellation covers around 650 ha, 50 of which are in production. The vineyard is entirely located on the territory of the municipality of Nice, in the Alpes-Maritimes department. It enjoys a great amount of sunshine (2700 hours per year), beneficial rains (838 mm per year) and a micro-climate due to the altitude and the winds (Mistral and Tramontane) blowing almost continuously in the Var valley. The vines are rooted in narrow planks called “Restanques”, made up of rolled pebbles, mixed with a clear compact sand (“Poudingue”). These excellent conditions combined favor the expression and full maturity of the grapes in the harmony of the different wines of Nice.

The appellation decree authorizes a certain number of grape varieties for the A.O.P. Bellet. For white wines: Rolle, a typical Mediterranean variety, and primary grape variety of white wines from the appellation (80 to 90%), and Chardonnay. For red and rosé wines: Folle Noire (named for its very capricious yield from one year to another), Braquet (which is also the name of an old local family), Grenache and Cinsault.

One of the oldest “appellation contrôlée” and the only one established on the territory of a wide urban area.

Creation of the vineyard

In the 5th century B.C., Greeks settled in Massaliète, created the Nikaïa trading post and introduced winemaking. Then, under the Roman Empire, the presence of legions in Cemelenum (Cimiez) promotes the expansion of the vine.

A few sharecroppers grow vegetables, olive trees and vines around the Palace of Antoine Dettat, a Lombard born in Varese who settled in the “Seulas”, where he founded the Domaine de Bellet.

The wine of Bellet begins its promotion in an atypical way: Cardinal Maurice of Savoy offers twelve bouchardes to the Spaniards in garrison at the Castle of Nice, who became unwelcomed. They eventually set up camp.

The County of Nice is under the rule of Louis XIV. The governor of the city offers a Bellet wine to the Marshall of Catinat who declares: ``Without any complacency, you can be certain that this wine was found admirable and that it has taken the upper hand over all the wines of France we have had so far; however good and well chosen.”

The beginning of the 19th century marked the most prosperous period for the vineyard, which at the time covered more than 1000 ha. Several mishaps threatened it with extinction. The perseverance of the winemakers, attached to their local growth, was rewarded by the classification of Bellet wine as an ``Appellation d'Origine Contrôlée`` (A.O.C.) in 1941.

Creation of the Defense and Management Organization

In August 2007, the ``Organisme de Défense et Gestion de l'Appellation Bellet`` (ODG Bellet) replaced the ``Syndicat de Défense Viticole et de l'Appellation Contrôlée Bellet``. Its mission is to manage and defend the products of the Protected Appellation of Origin A.O.P. Bellet, in order to produce and market a high-quality wine from Nice.

The Bellet vineyard is certainly one of the oldest in France as it seemed to have been established during the founding era of the Phocéenne city of Marseille. The beginning of the 19th century marked the most prosperous period for the vineyard, which at the time covered more than 1000 ha. Several mishaps threatened it with extinction but the perseverance of the winemakers, attached to their local growth, was rewarded by the classification of Bellet wine as an “Appellation d’Origine Contrôlée” (A.O.C.) in 1941.
Made up of family owned farms, the hills of Bellet are home to about fifteen winemakers who are all sensitive to the cult of Tradition and Quality. Today, Bellet wines are known worldwide: appreciated by King Louis XIV, then by President Thomas Jefferson and, closer to home, by Jules Romain. The wines currently find their recognitions on the greatest tables.

hours of sunlight per year

millimeters of rain per year

A land of new winemakers

By their dynamism and their will, the winemakers of Nice take up the challenge of a ``well thought-out`` agriculture. Whether they are certified or in the process of conversion to organic agriculture, most of the appellation has resolutely opted for sustainable agriculture. 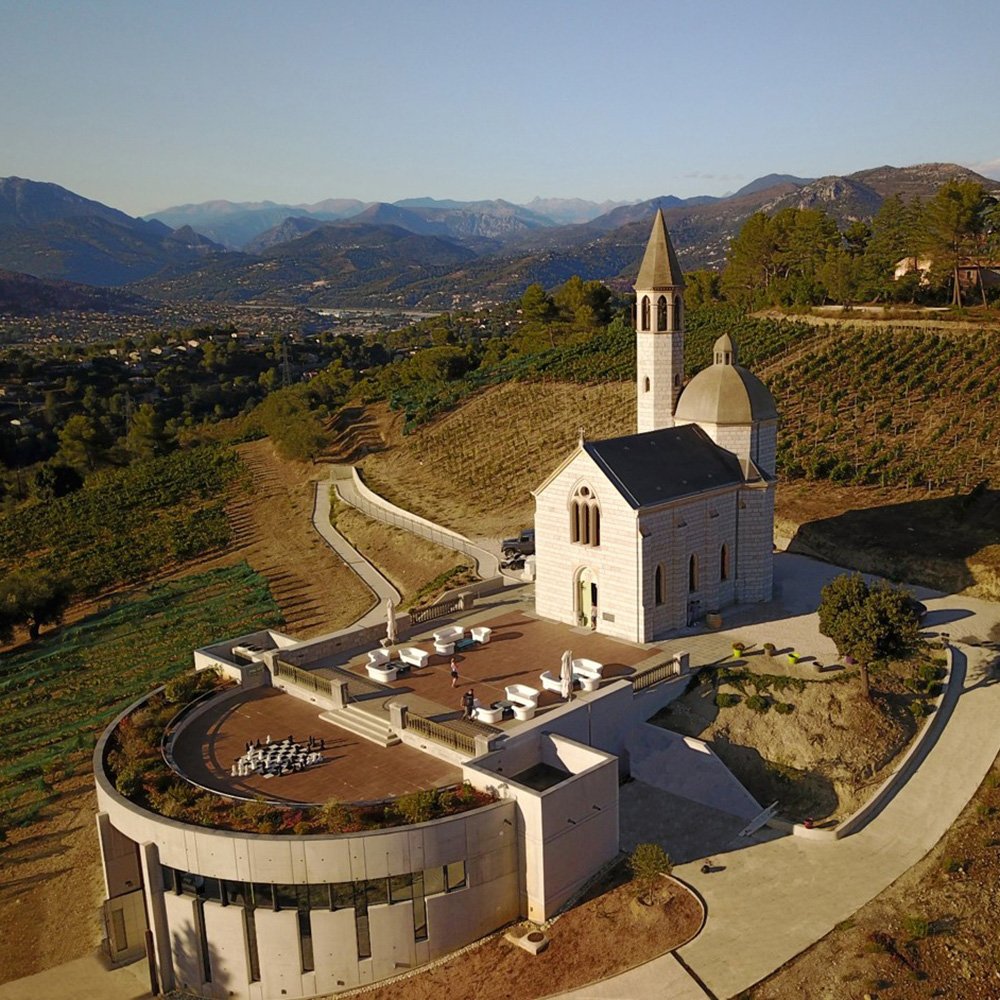 In 1777, the King of Sardinia granted the Barons of Bellet, who originally came from Savoy, their noble title. During the 18th century, the Barons established their estate and passed on their name to the appellation. 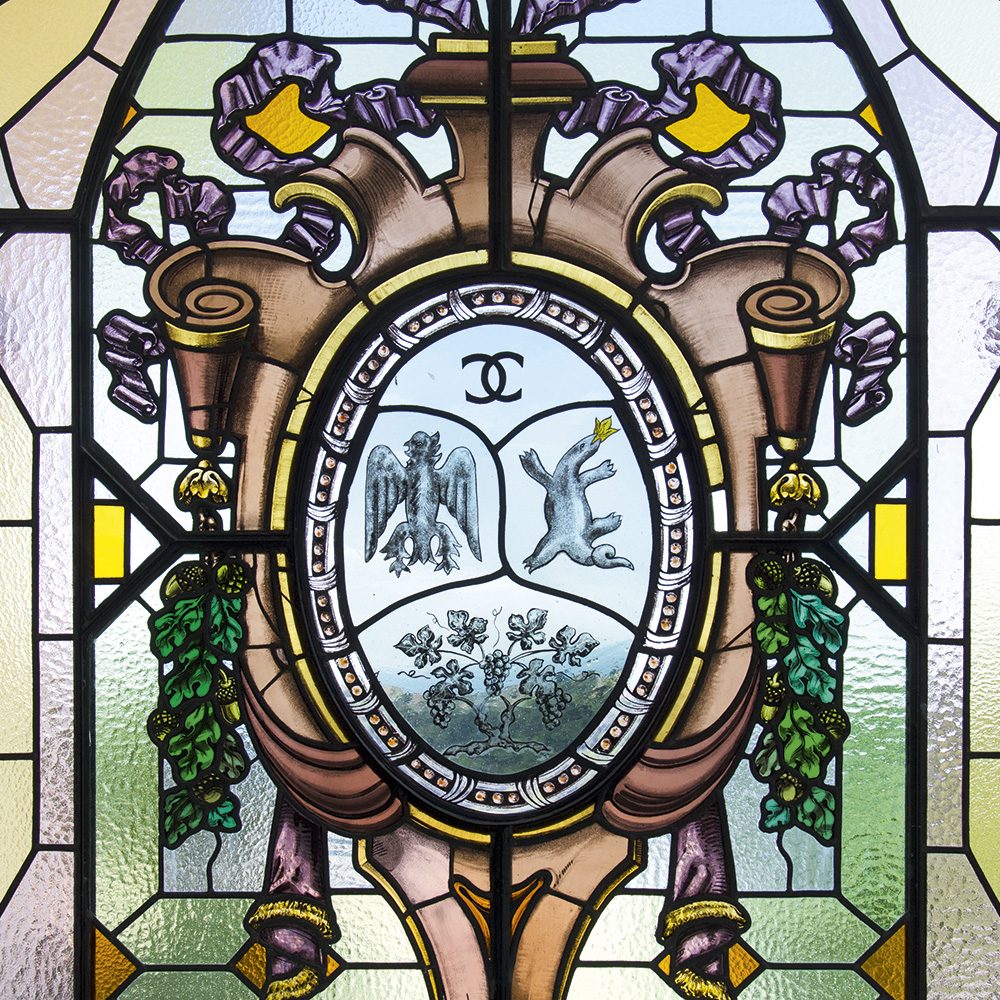 More than 2000 years ago the Romans settled on Château de Crémat ’s actual site and dug tunnels… Today, those are still used to age and store our wines! 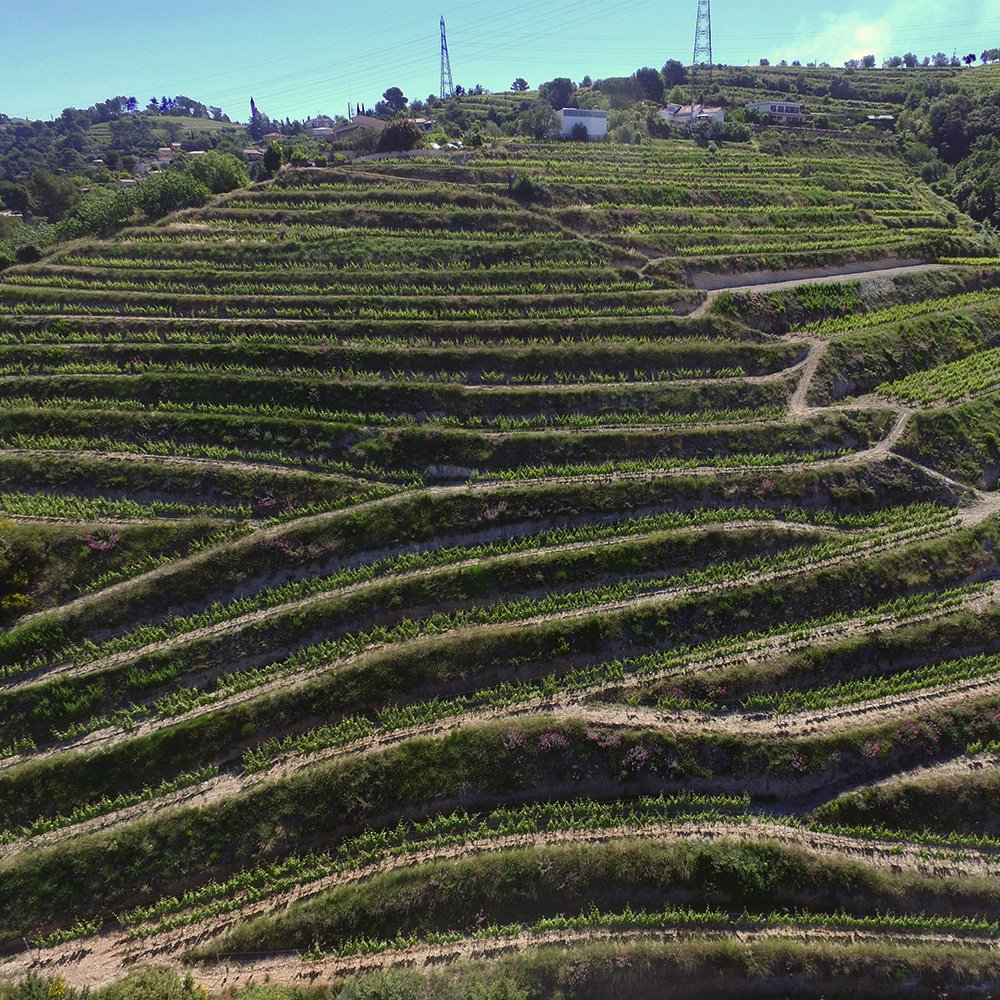 Clos saint-Vincent is quite unique: it is the only winery whose vineyards are planted on the three different hills of the appellation. It benefits from the double influence of the sea breeze and the cool wind of the Pre- Alps. Its terroir is unique. 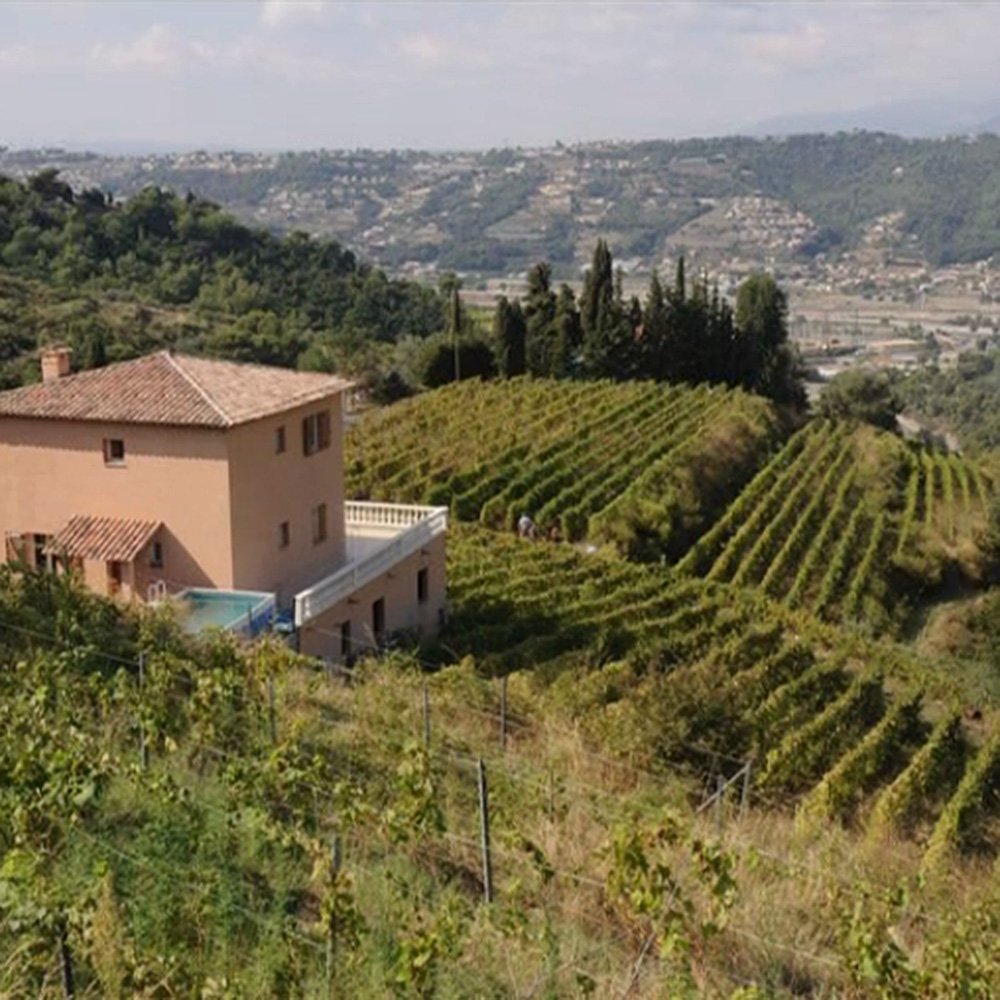 The wines are exported to the United States. Collet de Bovis includes amongst its clients Alain Ducasse. According to Jean Spizzo: the “grands vins” are part of the cultural heritage. Thus, the ``Fogolar`` hosts painting exhibitions and theatre performances during the high season. 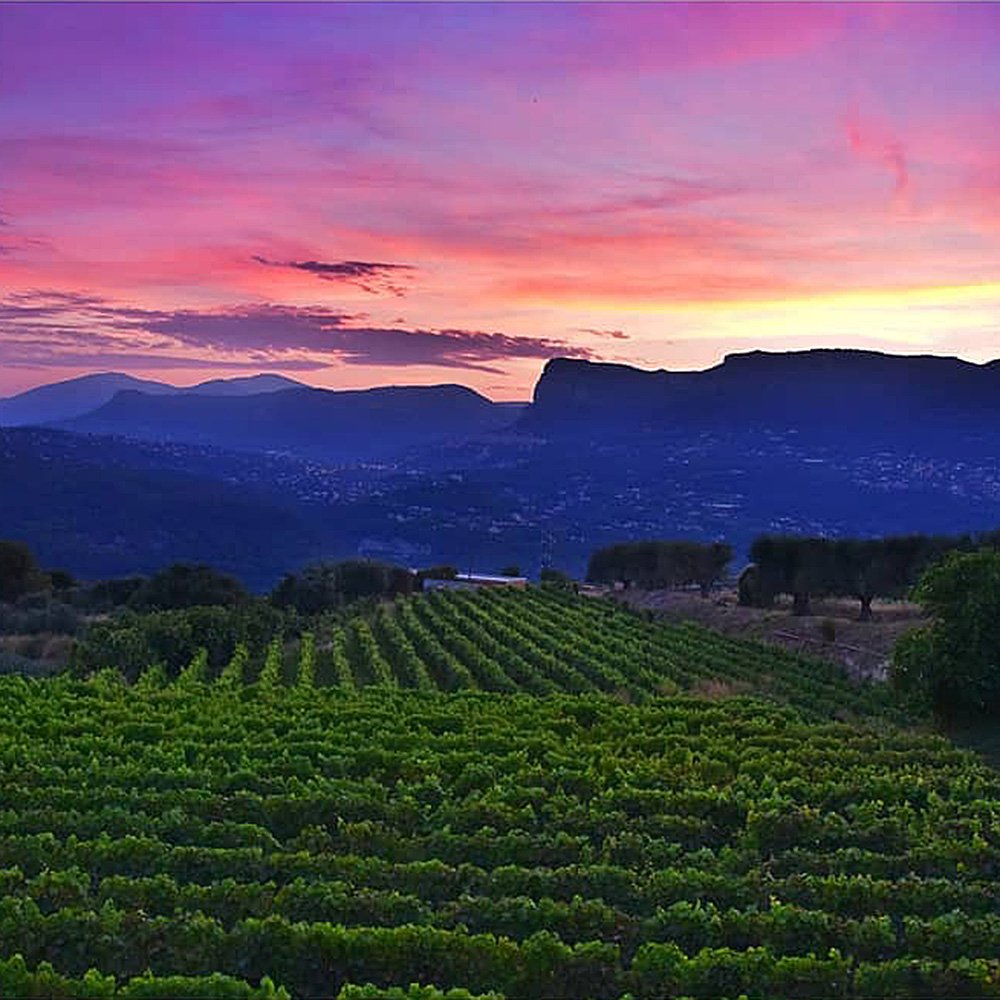 Joseph Dalmasso bought in 1962 the land where he was born, 303 chemin de Saquier. His passion for wine kept increasing and in 1991 vines slowly took over the greenhouses; the vineyard ``Domaine de la source`` was born, named after that spring (source in fench) that had so generously watered many flowers under the warm sun of Provence. 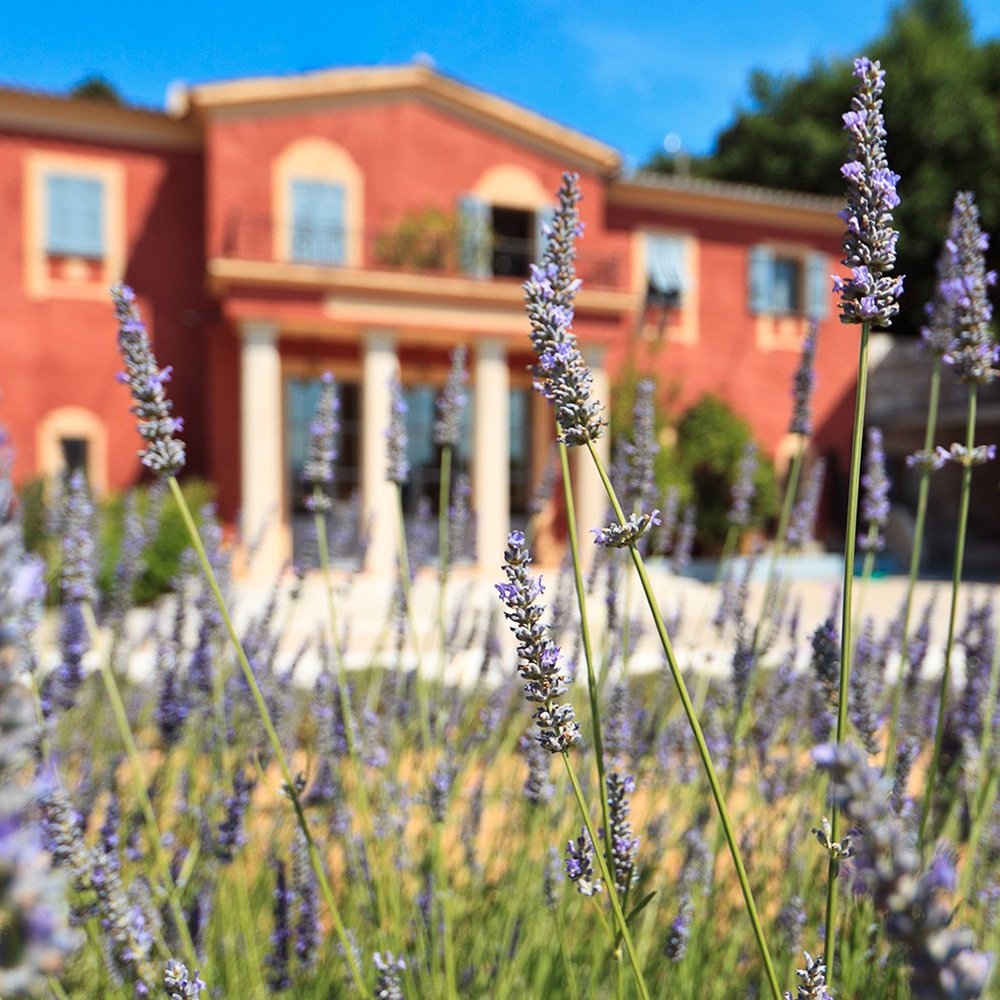 The wines are clearly different from the wines of Provence with their northern typicity, silky tannins and a long ageing potential. In addition, the estate produces a Vin de Pays des Alpes Maritimes IGP in the commune of Saint-Blaise, 10 km away from Nice. 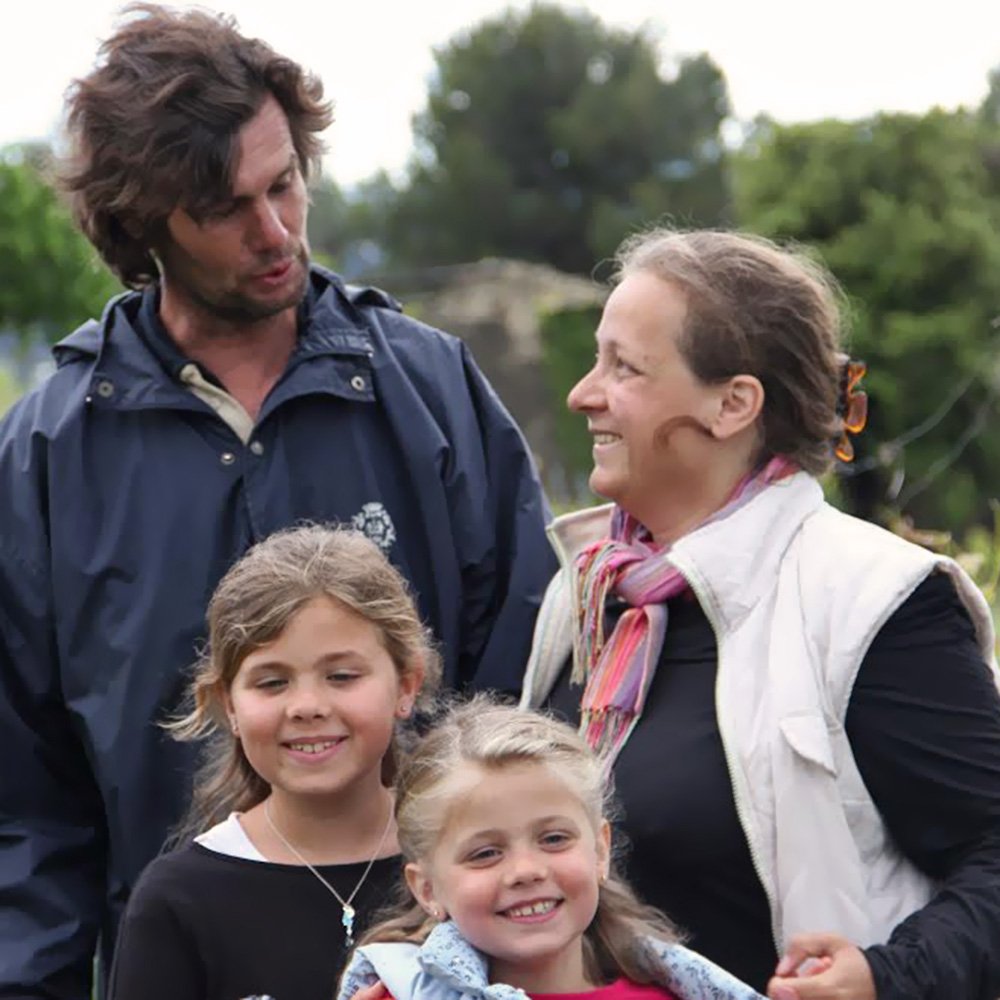 Vincent met Céline Yerchoff, a woman from Nantes who came to settle in Nice, by selling his wine. Together they created their own estate (whose name is a contraction of their first names) in 2007. In addition, they also grow olive trees in A.O.P Olive de Nice. Therefore, Domaine de Vinceline represents the two A.O.P. of the Alpes-Maritimes department. 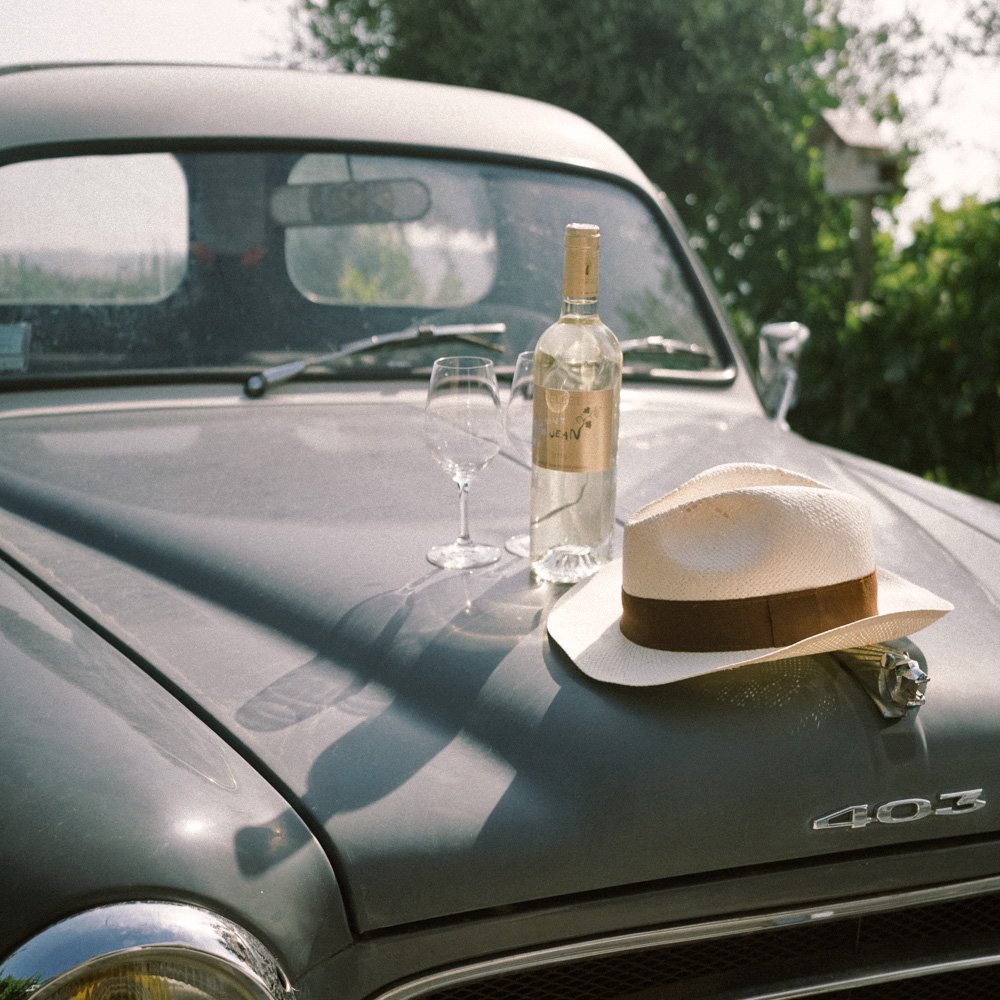 Wines made by passionate terroir-loving people

Coming from a family of farmers from the lower Alps, Nathalie Pacioselli created Domaine Saint Jean with her husband Jean-Patrick, a niçois who is in love with his terroir. Certified organic since 2013, the estate obtained its first Gold Medal at the “Concours Général Agricole de Paris” in 2014. 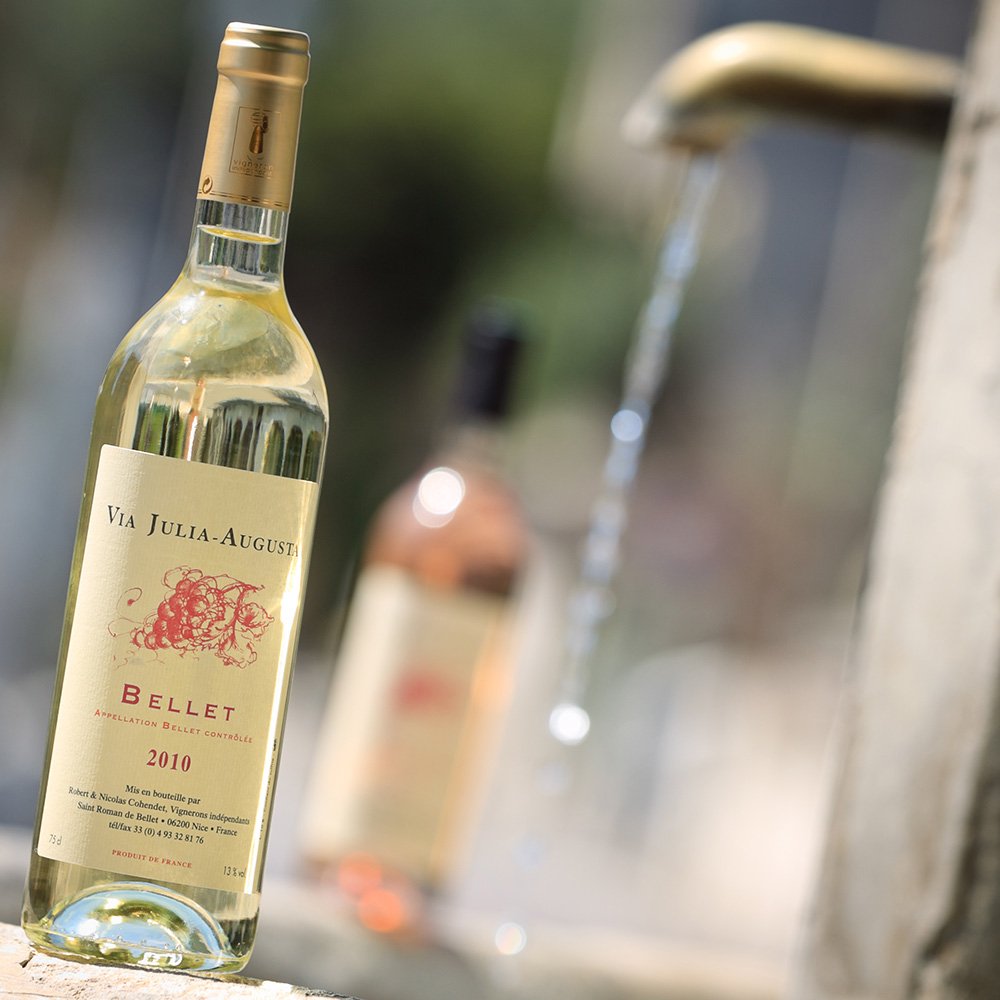 When his father withdraws and leaves him in charge, Nicolas decides to preserve the authenticity and typicity of the terroir. In the cellar, near the old Roman road ``Via Julia Augusta`` which borders the property, the traditional vinification and ageing is done in oak barrels.